Who Inherits the Waves

You can view the recording of our discussion on the right. Our panelists were Dr. Nevada Winrow, Dr. Jeff Wiltse, Carlee Jackson, and Jaida Elcock, with moderator Gwyneth Packard.

We spoke about closing the racial gap in swim ability and water safety skills.  The CDC reports on fatal drowning rates. For those under 29yr old, Black individuals were nearly twice as likely to die of drowning as their White counterparts, and Alaska Native and American Indian people were 2.5 times as likely.  Additionally, African American youth aged 5-19 were more than 5 times as likely to die by accidental drowning than their white peers.

As we learned from Dr. Wiltse’s work on the history of racial disparity in American pools, recreational swim culture was built in the mid 20th century in a way that was off limits to African Americans.  Erasing the resulting racial disparities requires more than simply allowing access.  It requires deliberately shifting the existing culture to bridge the generational legacy of fear and exclusion.  If a parent doesn’t know how to swim, there is only a 13% chance that their child will learn how to swim.

What can we do?

For more information about Marine Science and our oceans check out these links. 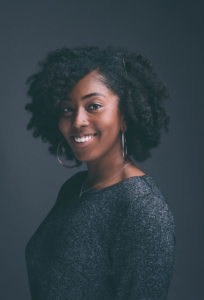 Carlee Jackson is a marine biologist studying sharks and sea turtles. She researches how different human activities affect shark behavior, and helps protect sea turtle nests along Florida’s beaches. Carlee is a member of the American Elasmobranch Society, and has served on the advisory board for the SEE Turtle Inclusivity Fund. Currently, Carlee is a Sea Turtle Research Associate with New College of Florida, based at Walt Disney World. She works with the Disney Conservation team, assisting with research for their marine conservation program. Carlee is also a co-founder and the Director of Communications for Minorities in Shark Sciences (MISS), an organization committed to promoting diversity and inclusion in shark sciences. She is passionate about effectively communicating marine science topics to a variety of audiences, especially underrepresented communities. Originally from Detroit, MI, Carlee received her B.S. in Biology from Florida Atlantic University, where she was a Division 1 swimmer, and her M.S. in Marine Biology from Nova Southeastern University. 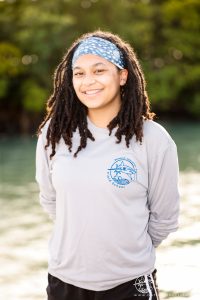 Jaida Elcock is a PhD student in the MIT-WHOI Joint Program. Her research is on shark movement ecology. She is particularly interested in the movement ecology of migratory elasmobranchs, as this information is still unknown for many species. Jaida received her B.S. in Biology with University Honors from Northern Arizona University in Flagstaff, Arizona. She has previously lived in landlocked states but has still been able to gain experience with marine animals through an internship at OdySea Aquarium in Scottsdale, Arizona. Though not a National Science Foundation Graduate Research Fellow, Jaida was recognized as an Honorable Mention for her research proposal. She has also been recognized as an American Elasmobranch Society Young Professional Recruitment Fund Scholar. Jaida is incredibly excited to help other underrepresented students light a fire within themselves to fuel a passion for marine sciences. 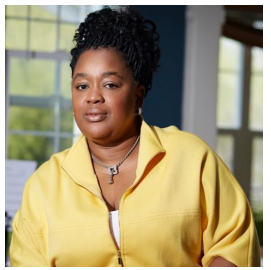 Dr. Winrow (Nevada) is a Johns Hopkins School of Medicine-trained Pediatric Neuropsychologist and has served as a clinical practitioner and an administrator in higher education for over a decade in roles as Dean, Provost, and Senior Executive Vice President. She has served as a Trustee on the Board of Trustees for two HBCUs and served as a member of the US Fulbright Scholars Review Board and the Board of Examiners for Malcolm Baldrige National Quality Award, our nation's highest honor that is bestowed by the President of the United States. Nevada is the alumna of several institutions that include Johns Hopkins School of Medicine, Howard University, and Lincoln University and completed fellowships in Neuroradiology, Psychoneuroimmunology, Cognitive Neuroscience and Neurochemistry. Currently Dr. Winrow serves on the board of the Johns Hopkins Medical and Surgical Association and is the National Chairwoman for youth programs for the National Association of Black SCUBA divers. Nevada is a member of Maryland Civil Air Patrol (CAP), serves as a CAP aerospace educator and is a pilot who also holds a FAA drone operator commercial pilot license. Nevada is a PADI Master Scuba Diver, an associate member of the Women's Diving Hall of Fame and the American Academy of Underwater Sciences. 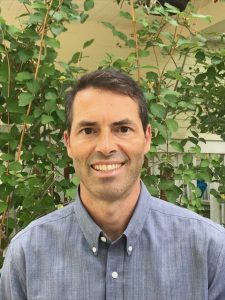 Professor Wiltse is a scholarly authority and influential public thinker on issues of social justice and racial inequality in the areas of sports and recreation. He has appeared as a featured commentator for NPR, the BBC, ABC News, Vice News, Al Jazeera, the CBS Early Show, and other media outlets. His thinking about historical and contemporary issues related to race, recreation, and sports appears frequently in leading news publications, including the New York Times, the Washington Post, USA Today, National Geographic, Sport Illustrated, the Wall Street Journal, and the Guardian.

His research and scholarship focus on the social, cultural, and political dimensions of public life in American cities during the nineteenth and twentieth centuries. He has published extensively on the history of swimming pools in the United States and on the historical roots of contemporary race-based swimming and drowning disparities. He has served as a consultant and content provider for public history exhibitions on the history of swimming pools at the Fairmount Water Works in Philadelphia and La Villa Noailles Museum in Hyeres, France. He is currently working on a book-length study of the role that music played in the public life of American before the advent of radio and the mass production of recorded music. it is tenatively titled "In and Out of Harmony: Music and Public Life in Urban America, 1800-1930." Research from this project has been published in the Journal of Urban History and American Nineteenth Century History.