PEP-II offers a second summer experience for students who have already completed a summer with us for PEP. We are excited to offer our first cohort of [virtual] PEP-II Researchers this summer!

The goal of PEP-II is to expand upon the existing PEP internship and create a post-baccalaureate focused summer research opportunity in Woods Hole for researchers from underrepresented minority groups to develop the skills, networks, and experiences required to competitively enter the marine workforce or graduate school.  The project also partners with public K-12 schools in Falmouth to develop marine and environmental science lesson plans. 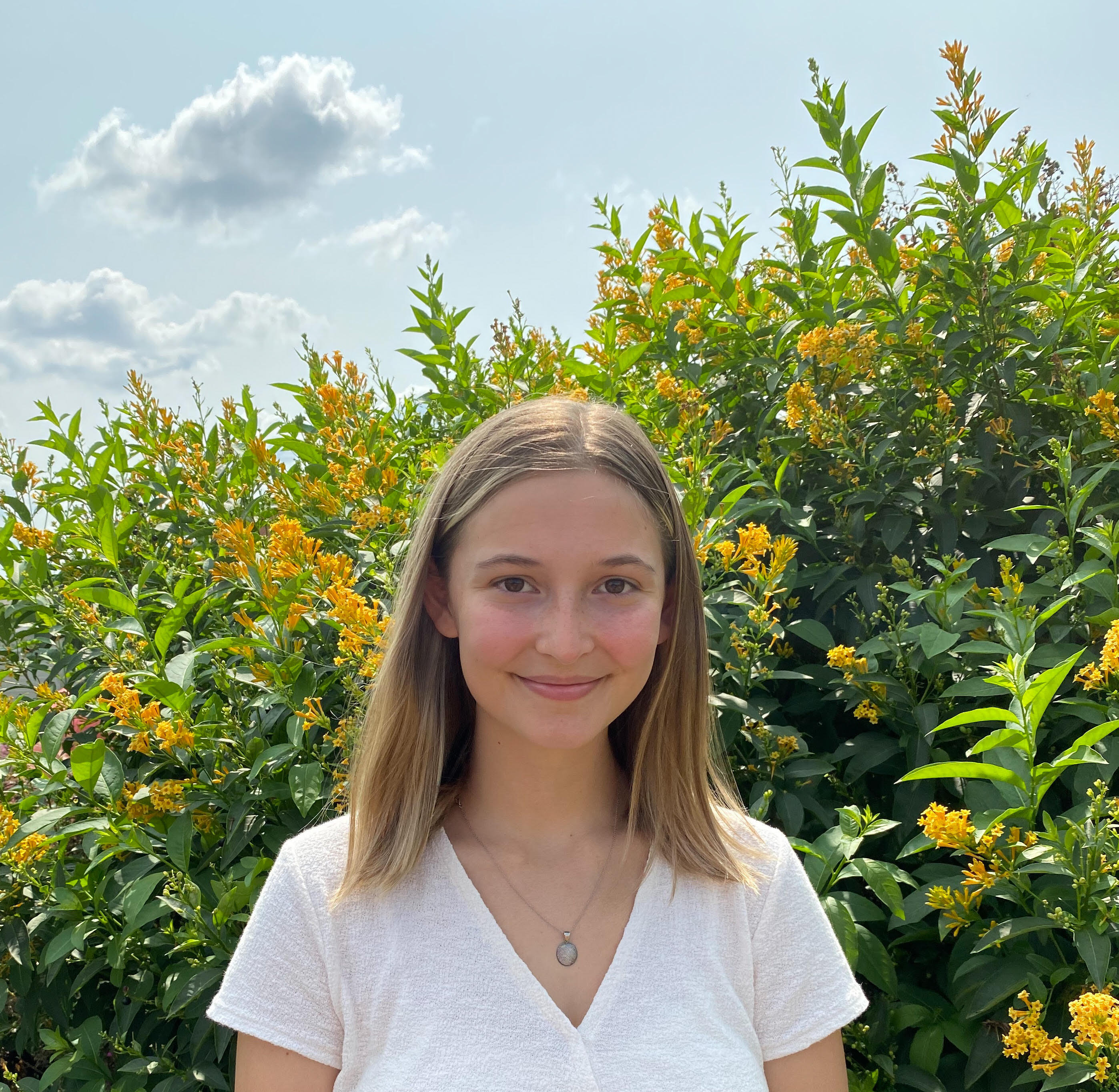 My research interests include environmental change and carbon cycling. My current research project aims to understand the representativeness of current terrestrial carbon flux sampling sites and determine gaps in their distribution across the Arctic.

The Arctic tundra and boreal biomes are reservoirs which store large amounts of carbon. These reservoirs have the potential to undergo change as the Arctic is warming two to three times faster than the global average.Therefore, understanding carbon fluxes across the tundra and boreal biomes is crucial to knowing how the Arctic is both responding and contributing to climate change. However, many articles have suggested that there is not enough carbon flux data to fully comprehend the current status of the Arctic carbon balance. Over the past decades, a growing network of terrestrial ecosystem CO2 flux sites has been established across the Arctic. However, it is not well known how well these sites cover the different climate, permafrost, and soil organic carbon conditions. We used an existing flux database and gridded datasets to explore and visualize the distribution of sites using R and ArcGIS Pro programs. Some parts of the Arctic like Alaska, Southern Central Canada, and Northern Europe are well represented by the current sites. Contrarily, some areas like Northern and Eastern Canada, which have high precipitation and carbon-rich conditions, and much of Russia, which has some of the coldest and warmest mean temperatures across the Arctic, remain under sampled and not well represented. The lack of data from these areas suggests that the scientific community has a major knowledge gap, and it remains difficult to know the current or future carbon balance of these ecosystems. We found that areas where new site installation would increase representativeness and promote gap closure are Eastern Canada, Southern Norway, and across Russia. The goal is to target these areas for study, thereby improving the knowledge of Arctic environmental change.

We collaborated on creating an interactive StoryMap that will allow students to learn about Arctic carbon cycling, practice map interpretation skills, and understand the importance of representative sampling sites. Students are also prompted to answer questions throughout the StoryMap to enhance the learning experience. 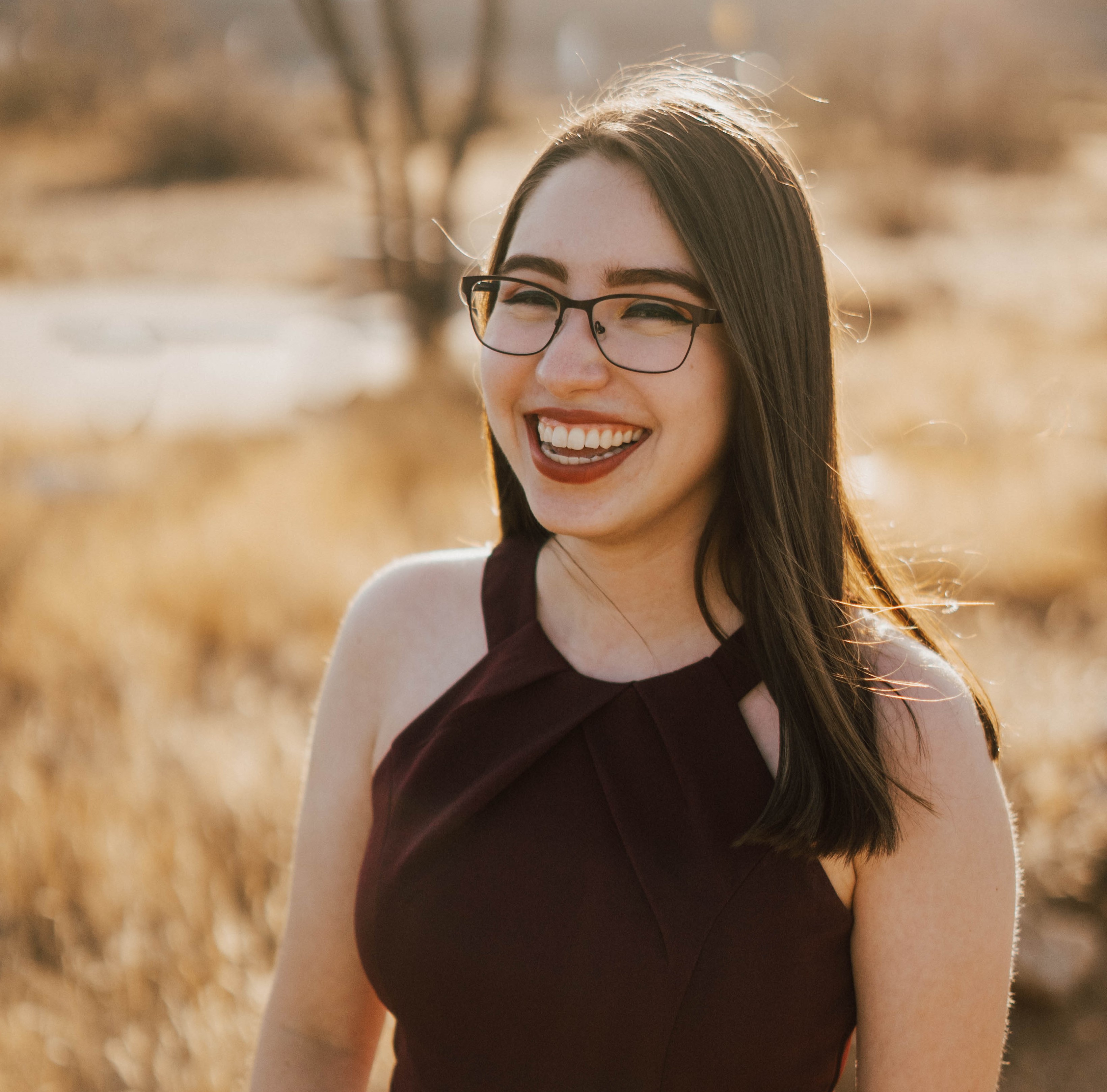 I'm a recent graduate from the University of Texas at El Paso where I studied environmental science with a concentration in hydroscience. My interests include environmental health, water quality, and waste management.  This summer I am working at the Woods Hole Oceanographic Institution in the Marine Policy Center. My project will focus on ecosystem services in the Florida Keys. I plan on pursuing a master's degree in the next few years.

Use statistics for the Florida Keys were collected in order to estimate how often people are participating in activities such as fishing and boating. The area of the coral reef was estimated using data from the Florida Fish and Wildlife Conservation Commission. The Millenium Ecosystem Assessment Board 2003 was used to categorize ecosystem service types: provisioning, regulating, and cultural services. The current value of these services was assessed by multiplying the area of the reef by an estimated value per kilometer. Cultural services were also estimated by multiplying use statistics by their estimated value per person, as estimated by the United States Forest Service.

After estimating current ecosystem service values, future values were predicted. This was done by creating various scenarios where access to the reef and reef health either stayed consistent or declined over time. These estimations can help the Florida Keys community to better understand the value of their ecosystem and make decisions about future planning and investments to protect the ecosystem and infrastructure.

We have been working on making profiles of the WHOI Marine Policy Center interns to give to her 7th grade classes. These profiles will be used for in-class discussions on how many different sciences are needed for environmental policy work. We are also working on a "Day in the Life of a Field Scientist" workbook. 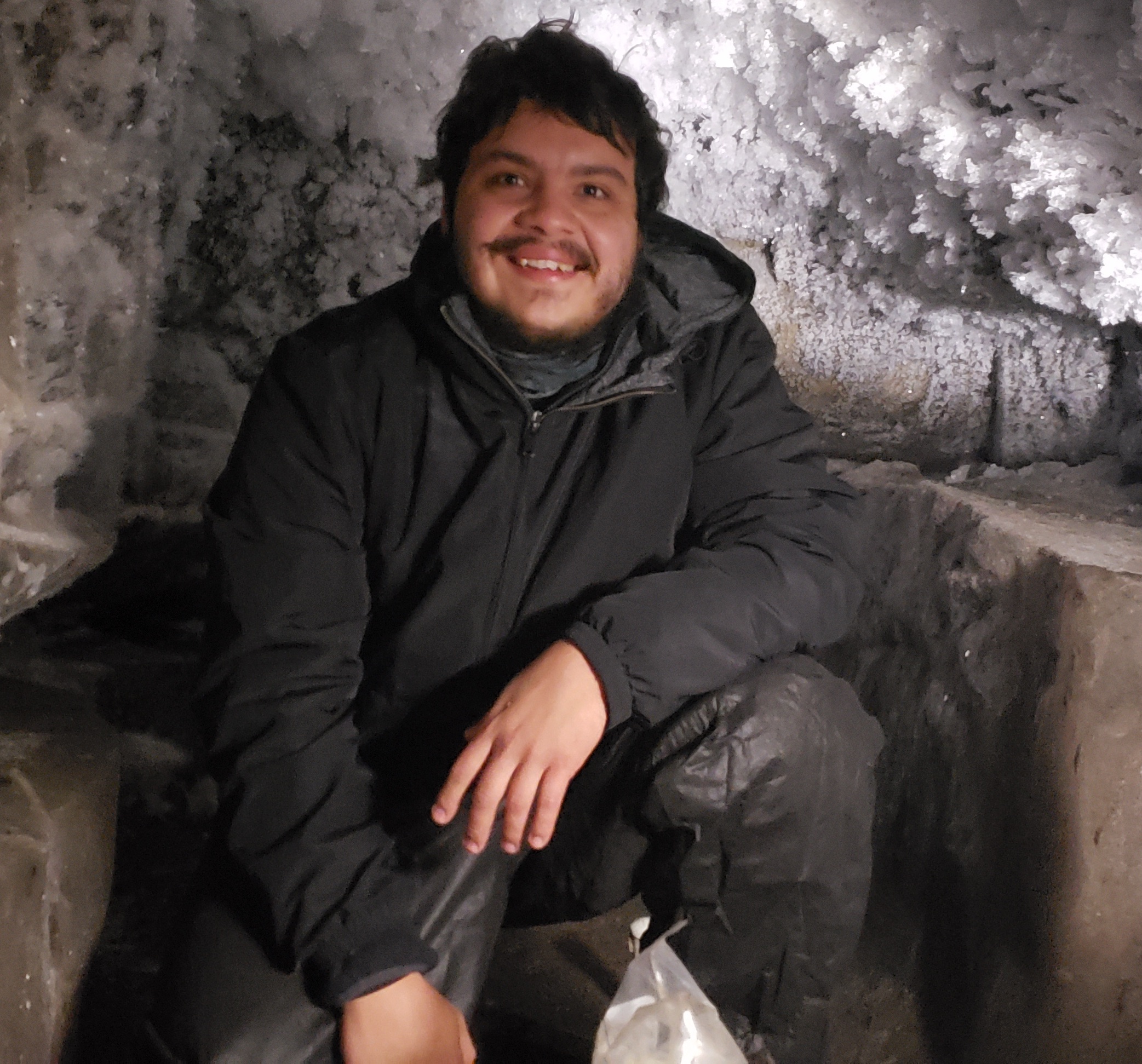 As an undergraduate researcher and lab technician I have participated in research within both marine and freshwater ecosystems. I worked with Dr. Vanessa Lougheed in Utqiagvik, Alaska looking at how sunlight modifies dissolved organic carbon so that it may be more readily available to microbes found in aquatic ecosystems using various statistical methods, field techniques and R. During the summer of 2020 I participated in the Partnership Education Program as a virtual research intern where I worked with Joshua Hatch creating dive profiles to exam the behavior of loggerhead sea turtles using satellite telemetry and R. I am currently looking to work in, the USCG, the Navy, or NOAA Corps with intentions on continuing my education in marine or freshwater research.

Understanding the regional migration patterns of loggerhead sea turtles (Caretta caretta) is important to
this species conservation and protection. Satellite telemetry, which involves attaching a tag to the
carapace of an individual turtle, allows scientists to survey and study migration patterns remotely. Since
2009, over 200 satellite tags have been deployed on loggerhead sea turtles by the NEFSC and
collaborators in the Grater Atlantic and Southeast Regions of the United States. The data collected from
those tags contained tens, hundreds, or even thousands of geographic points per individual turtle with
additional information on date and time. Utilizing an R Shiny web application, I was able to map, filter,
and interpolate locations for each individual turtle. I then created time-series plots of latitude using
those interpolated locations that represented the turtles north-south movements. From those
time-series plots, I was then able to estimate when individual turtles left the Mid Atlantic Bight (MAB).
We decided that 35 degrees North would be a suitable crossing point to identify when an individual was
leaving the MAB. I then explored migration patterns from the MAB by looking at the distribution of dates
individual turtles moved south of 35°N using boxplots. Using this method, I can start to see if there are
any indications that loggerhead sea turtles are leaving later from the MAB as a result of climate change.

I created a detailed PowerPoint about Loggerhead Sea Turtles and the research I have conducted over the past two summers. The PowerPoint has interactive features that includes and teaches students about Loggerhead dive profiles, migration patterns and why this type of research is important for the protection and conservation of this species. 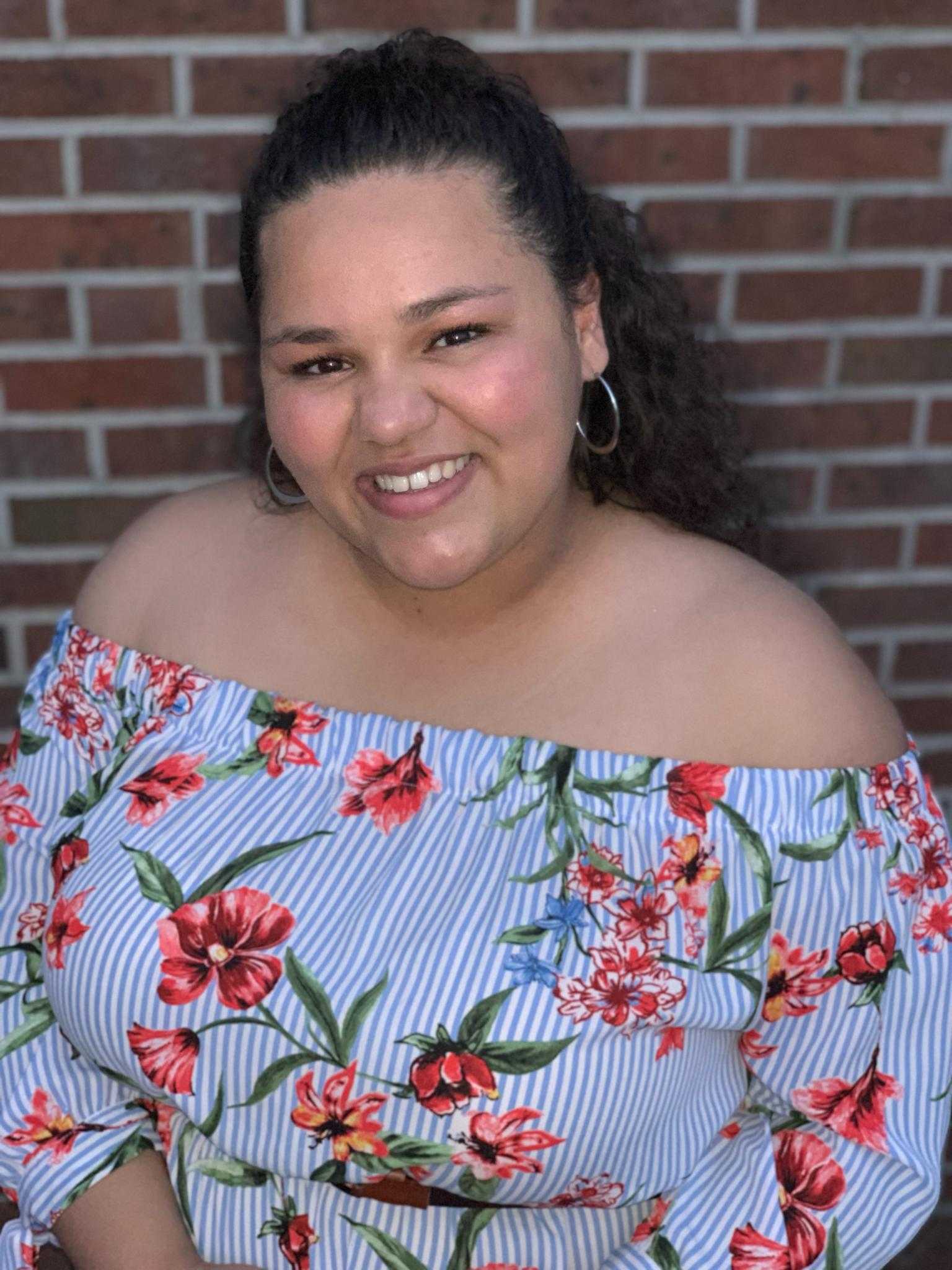 I am an alumna of the University of North Carolina at Pembroke, where I studied Biology with an Environmental Concentration/ This Summer I will be using creating maps of species richness and diversity in varying areas around the Hawaiian Islands. These maps will be used to compare the species and guilds of fish in different areas.

Diversity Trends of Fish Observed Near the Hawaiian Islands

This project focuses on the analysis and mapping of diversity trends of fish species observed around the Hawaiian Islands, since the year 2000. Data has been collected from Hawaii (the Big Island), Maui County, which includes Maui, Lanai, Molokai, and Kahoolawe, Oahu, and Kauai, including Niihau Island. This data has been collected by novice and expert divers that reported their sightings to REEF’s Volunteer Fish Survey Project. Surveyors included a specific geographic code to detail the location of their dives, the length and depth of their dive, as well as the type of habitat they surveyed. This data, collected through citizen science, can be used to inform decisions of leading marine conservation groups in determining which areas would benefit the most from gaining marine protection status. This project used R programming language to examine species diversity trends from surveys that excluded years prior to 2000 and dive times less than 15 minutes or more than two hours. A linear regression model of the data displays a slight increase in the observed number of different species since the year 2000, across all islands. The islands of Hawaii and Oahu show the largest increases in the observed number of species since 2000.

We are simulating a dive for students to see fish in their habitat and learn what it looks like for scientists to collect field data, by allowing students to watch a video of an underwater dive and fill in a scientific survey, modeled by the surveys used at REEF (Reef Environmental Education Foundation). 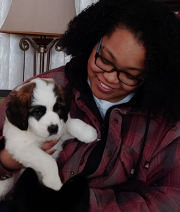 I am a graduate of Eastern Michigan University. My research interests include conservation and ecology of marine ecosystems. This summer I will be analyzing the effects of climate change on copepod gene expression using samples collected from the waters to the west of the Antarctic Peninsula

Copepod Physiology in the Western Antarctic Peninsula: Adaptation and Implications of Climate Change

The Western Antarctic Peninsula (WAP) is a region in the Southern Ocean that supports a high level of biological productivity and has been subject to intensive research over several decades. This research has shown a trend of increasing air temperature since the 1950s due to climate change. Copepods within this ecosystem are the dominant mesozooplankton and survive seasonal change by adapting their physiology. However, the effects of climate change on these species and their adaptations are unknown. My research project this summer is part of a larger project whose objective is to understand the physiological adaptations of lipid-storing copepods to highly seasonal Antarctic environments. Zooplankton samples and environmental measurements were collected from 30 stations along the WAP in January 2019, aboard the ARSV Laurence M. Gould and photos of copepods (Calanoides acutus and Calanus propinquus) were analyzed from 7 stations for presence of food and reproductive stage. One of these sites (200.000), had particularly high abundance of copepods (about 5 times the average). This site also had a well-defined subsurface chlorophyll peak at about 40 m of 7 mg/m3. Consistent with this, this site had the highest proportion of Calanoides acutus for which we observed food present in the gut and well-developed eggs in the reproductive tract. Calanus propinquus at this site also had food in the gut and well-developed eggs, but the geographic patterns were less pronounced. Analysis is ongoing to determine how gene expression differs between sites where copepods are abundant and well nourished in comparison to sites where they are less abundant. Together this could provide insight into how copepods react to short-term changes in their environment as well as give a better understanding of the effects of climate change on our more vulnerable regions.

I've been working on a webpage about my research on Antarctic copepods. The webpage offers
a coloring, vocabulary, and guided reading activities as well as links to a lesson plan and quiz for other teachers interested in incorporating it into their classrooms.